Fiesta Offers Browse our current Ford Fiesta offers View Offers
View All Offers
Free & Fast Part Exchange Valuations Interested in selling or part-exchanging? Use our tool to find out what your vehicle is worth

Be one of the last to own a piece of history, as we say farewell to Fiesta from June 2023 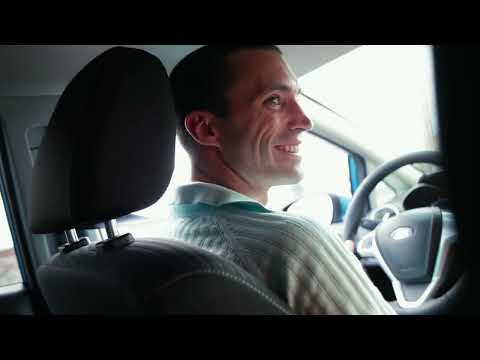 With a range of unique series offerings available – from the sports-inspired styling of Fiesta ST-Line, premium comfort levels of Fiesta Titanium, to the rugged outdoor character of Fiesta Active – you’ll find the perfect new Ford Fiesta to suit you.

The New Ford Fiesta has come of age. Jonathan Crouch takes a look at the much improved seventh generation version.

Ford's Fiesta has always been affordable and great to drive. But state of the art? It's that too in this improved take on the seventh generation model. Beneath the smarter styling lies some clever user-friendly technology - and cabin quality that'll make down-sizing into one of these less of a chore. This is how you right a best seller.

This new Fiesta may still be a small car but these days, it thinks big in almost every way, starting with improved styling designed to make more of a statement in the supermini segment. Under the bonnet lies an impressively clean and frugal range of petrol units, which includes the brand's mild hybrid EcoBoost Hybrid tech. Plus there's now a more up-market cabin than you might be used to from a Fiesta, along with safety technology of the sort you might expect to find on a much larger car.

As before, there's also an 'Active' Crossover bodystyle and an ST hot hatch - and across the range, class-leading driving dynamics.This/ is, in short, on paper at least, a thoroughly well thought out piece of supermini design. But will it be enough to keep Ford at the top of the sales charts? Let's find out.

Not much about the engineering of this car has changed: not much needed to. Variations on the Fiesta theme may come and go but before driving any version of Ford's definitive supermini, there's one thing you almost always know for certain: that it'll be a great steer. This current generation model is 15% stiffer than its pre-2017 predecessor and both front and rear track measurements are wider. The engineers tell us that the chassis offers 10% more cornering grip than that old generation car, supported by Electronic Torque Vectoring Control, which enhances the driving experience by applying a small amount of braking to inside wheels to assist traction and stability when cornering.

And engines? You'll want to know about those. There's no longer a diesel or a base 1.0-litre Ti-VCT petrol unit. Ford has been gradually introducing its mild hybrid 48-volt tech into this car but for the time being, you can still have the volume three cylinder 1.0-litre EcoBoost turbo petrol engine without it, offering 100PS and a 6-speed manual gearbox. The 1.0T EcoBoost powerplant can also be had in mild hybrid mHEV 'EcoBoost Hybrid' form in 125 and 155PS forms, complete with the option of auto transmission and using that 48V electrified technology. With this, the 1.0-litre EcoBoost engine is combined with a belt-driven starter/generator and a 48-volt battery pack for extra performance and efficiency. The system also allows for easier stop-start integration, which can shut off the engine when below 15mph.

The SUV-style 'Active' Fiesta variants share all the usual mainstream engines, but the top Fiesta ST hot hatch model, as before, gets its own 1.5-litre EcoBoost petrol unit developing 200PS, though peak torque for this unit climbs from 290Nm to 320Nm.

If you go by the maxim that if something looks right, it is right, then you'll probably like the look of this improved version of the seventh generation Fiesta. As before, it's offered in both three and five-door bodystyles, plus an 'Active' crossover version, and all variants are tidy pieces of styling - especially in this revised form. The bonnet's been revised, the nose of the car raised and the brand badge moved into the grille, which is flanked by restyled LED headlamps.

As before, the sportier 'ST-Line' models get a more aggressive front bumper and feature a gloss black honeycomb mesh grille. The Fiesta Active is marked out by vertical grille bars, plastic body cladding and silver trim accents. At the rear with all variants, the tail lamps are darker and Ford now offers a contrasting matte and gloss black diffuser finish.

Inside, Ford has added a 12.3-inch configurable digital instrument display screen, which complements the usual 8-inch SYNC 3 centre infotainment screen. It incorporates 'Apple CarPlay' and 'Android Auto' smartphone-mirroring - and can include a 575-watt B&O stereo and a rear view camera too. Storage for personal belongings is delivered with a 20% larger glovebox and a 1-litre media bin in the centre console.

Rear seat passengers aren't as cramped in the back of a Fiesta as they used to be; changes made in 2020 added 16mm more knee room, supported by slim-back seats that offer decent side-to-side support. This Fiesta's tailgate is wide for easy access to the 311-litre boot. If you're able to flatten the 60:40 split-folding rear backrest, you'll find that the revealed cargo floor ends up with quite a step in it, but the total capacity figure looks reasonable by segment standards - 1,093-litres.

As before, there's a choice of either three or five-door bodystyles. Pricing starts at around £17,000 and the revised line-up's based around 'Trend', 'Titanium', 'ST-Line' and 'Active' models, plus the ST hot hatch. There's no longer a top 'Vignale' version, but avoid base trim and you'll be offered an optional 'Vignale' pack, which includes smarter 17 or 18-inch wheels, Sensico faux leather upholstery and upgraded cabin trim.

Key additions on the options list include Matrix headlights, which block individual light rays to avoid blinding oncoming cars when high-beam is enabled. These headlamps can also adapt to bad eather and surrounding traffic. Safety-wise, an extra addition is 'Wrong Way Alert', which stops you turning into a road where you'll be driving against the traffic.

As usual on a Fiesta, you'll be offered some up-scale equipment options, examples including an openable panoramic glass roof. There's sophisticated safety too, including a Pedestrian Detection system that can even prevent collisions at night. And 'Active Park Assist' with brake interventions to prevent low-speed collisions when parking hands-free. As for standard equipment, even base models get features like air conditioning, Bluetooth, an 'Emergency Assistance' system and a 6-speaker stereo.

The New Ford Fiesta has garnered a reputation for being one of the cheapest superminis to run and this continues. Take the volume 100PS 1.0 EcoBoost petrol unit, which puts out 118g/km of WLTP-rated CO2 and manages a WLTP-rated combined cycle fuel return of 45.2mpg. In mHEV mild hybrid form, the 1.0-litre EcoBoost unit gets a lower compression ratio and a larger turbo and can be had in 125 and 155PS electrified guises. Plus the mHEV version is embellished by a beefed-up starter/generator driven by a belt at the front of the engine that stores the energy harvested when you brake or decelerate in a tiny 48-volt lithium-ion battery secreted at the back of the car. Both 1.0 EcoBoost Hybrid variant manage up to 48mpg and 111g/km - or 45.2mpg and 117g/km in auto form.

As for the warranty, well like all Fords, this one comes with a 36-month 60,000-mile package that also includes one year of Europe-wide breakdown assistance. On top of that, there's an anti-corrosion guarantee for 12 years. Ford also offers the chance to extend this cover - to either four years and 80,000 miles or five years and 100,000 miles.

The Ford Fiesta has always been a vehicle the British public has warmed to but the truth is that in the past, supermini buyers often chose this car either because it was great to drive or because they'd been offered a deal too good to turn down: there wasn't really another reason to buy one. This MK7 model has changed all that and this updated version is smarter to look at, smarter to sit in and smarter to operate.

A smarter choice all round then? Many will think so. This still may not be the largest or the plushest car in the supermini sector but on just about every other main criteria, it's either up there or class-leading. There's an unpretentious quality to it and a focus on providing the things that really matter to small car buyers - the fun handling and affordable technology Ford has long delivered to them in this segment but also the low running costs, strong safety provision and low emissions they now need too. And it's all been done with a polish and self belief that we've never seen from a Fiesta before. In short, this is, more than ever, a small car that supermini buyers simply can't ignore.

Vospers Motor House Ltd are a credit broker and not a lender. We are Authorised and Regulated by the Financial Conduct Authority (310773). Finance is Subject to status. Guarantees/indemnities may be required. We work with a number of carefully selected credit providers who may be able to offer you finance for your purchase.